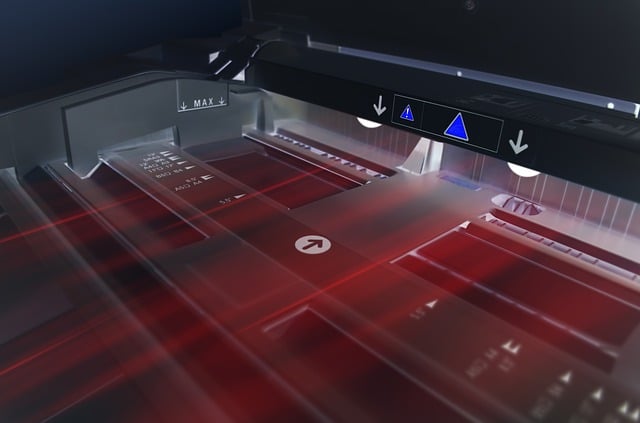 Companies conducting printer and copier sales frequently offer cutting-edge technologies to the public. During recent decades, the laser jet printers widely used in businesses around the world have demonstrated exceptionally high quality. One item of historical trivia aptly illustrates the power of modern printing equipment: the comprehensive overhaul of paper currency by the United States government during the late 1990s and the first decades of this century.

What motivated a superpower to revise its currency so abruptly? The federal government carefully reviewed and updated the $100 dollar note in 1996 for the first time in over 50 years. Then in 2013 it reportedly added some important anti-counterfeiting features: a Security Ribbon, a color shifting feature, and a revised watermark. A series of security enhancements improved the $20 note in 2003, the $50 note in 2004, the $10 note in 2006, and the $5 note in 2008. The upgrades sought to thwart the ability of counterfeiters to duplicate paper currency produced by the United States.

Many of the security measures (like the watermark) seek to increase the difficulty of duplicating paper currency using office qualty printers and copy machines. Some criminal organizations reportedly still attempt this type of crime (authorities busted a counterfeiting ring in Bulgaria just recently). However, the bank note design revisions reportedly make it much easier to detect illicit activities.

The massive project to re-design bank notes in the United States in this way testifies to the remarkable capabilities of the printers marketed during recent years. A currency revision represents a significant financial investment by any government. The fact security experts felt compelled to upgrade U.S. currency to keep pace with the development of the ink jet printer suggests business office equipment now creates very high quality copies of documents and photos.

By utilizing a variety of helpful security measures to make counterfeiting U.S. currency accurately impossible, the government tacitly acknowledged the impressive advances in printer design that had occurred by the close of the 1900s. Today, most home offices include some printing capabilities. The robust demand for portable printers during the pandemic testifies to the ongoing wide utility of this technology in an array of settings during this century, too!